Where to Watch Affordable, Dynamic High School and College Basketball 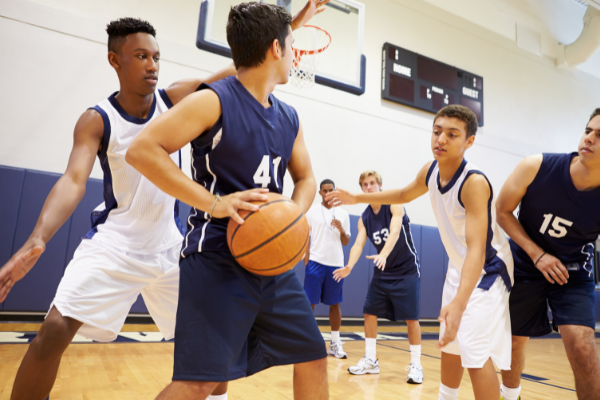 Whether it is local high school teams or area college sports, the Philadelphia area provides stellar performances including exciting basketball at all levels for reasonable admission (sometimes free!) making it a family-friendly way to watch a game on the court.

Take your future all-stars to watch local phenoms and – possibly – soon-to-be NBA players engage in some exciting basketball. The high school seasons have just gotten underway, so there is plenty of time and opportunity to witness the talents of the local players. Check out your local high school’s websites below for both boys’ and girls’ basketball schedules.

BIG 5 Still Thrives in the City of Brotherly Love

If you want to view the competition at the next level, start with the Big 5 in the Philadelphia area: Villanova, St. Joe’s, Temple, Penn, and LaSalle. Both the men’s and women’s teams compete at high levels and often get a nod to the NCAA tournament in March.

The rivalry and the camaraderie amongst these legendary teams is unique to the city of Philadelphia and has not been duplicated in any other city or state since the inception of the Big 5 in 1934. The original home for these basketball teams, all within a 17-mile radius of one another, is the storied Palestra on the University of Pennsylvania’s campus. If you have never been inside the walls of this historic 75-year old arena, make this the season to create a new tradition for your family.

Three-time National Champions Villanova University is sold out for the men’s season, but you can still catch televised games. Insider tip: when the student body goes home for winter break, there may be an opportunity to snag tickets to a game, so pay close attention for the chance to get seats. The women’s team is just as intense and talented, and there are still options for purchasing tickets to watch them compete. Check out the Big 5 schedules below:

College Hoops Within the City Limits

Still within the city limits, both Thomas Jefferson University, formerly Philadelphia Textile, and Drexel University allow “traveling” for you and your family to be fans in their stands. Both the Rams and the Dragons, respectively, provide show-stopping, feet-stomping energy on the floor.

Legendary coach for Thomas Jefferson University, Herb Magee announced his retirement after this season ,so there is still time to observe this icon work his magic with the men’s team.  Arriving in 1959 as a player and scoring more than 2,000 points for the Rams during his playing career, Magee stayed on first as an assistant coach and eventually took over the reins as head coach. Catch Magee in coaching action before this legend is gone.

If staying in the ‘burbs is preferred there are several, high-level options for your basketball entertainment. Attend games for Division III Haverford College, part of the Centennial Conference, or Division II West Chester University, members of the PSAC. Both the men’s and women’s teams have ticket availability.

Plan ahead for what is sure to be a memorable event for the entire family. Your basketball outing will be a big WIN for everyone, and you will be the family’s MVP!