Home » Just for Fun! » Where to Watch Quality, Affordable Sports Action Near You

Home | Blog | Where to Watch Quality, Affordable Sports Action Near You

Where to Watch Quality, Affordable Sports Action Near You 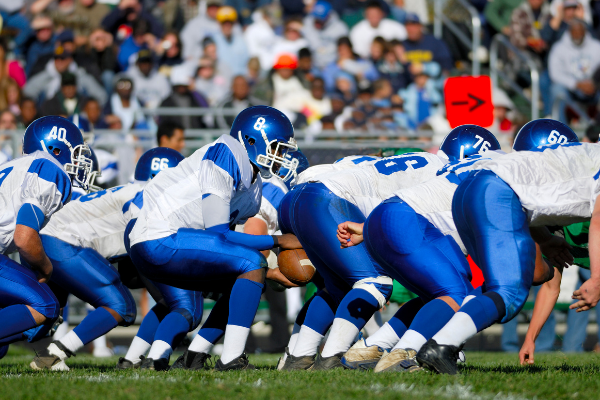 Everyone is a fan when it comes to cheering on talented players who participate in our favorite fall sports, football and soccer. Who doesn’t get excited for the big NFL games on Sunday? And who doesn’t enjoy watching the popularity of MLS grow throughout the country?

But if you cannot get to the professional games this season, due to kids’ schedules and ticket availability, there are plenty of opportunities to watch talented athletes of all levels compete on both the gridiron and the pitch, quite possibly in your own backyard! So, grab the gang and attend some local sports’ action at the collegiate or high school level in your hometown or in your district. Chances are your kids will be cheering for players they actually know!

Typically high school football teams play under the lights on everybody’s favorite night of the week, Friday. Think flashy marching bands with halftime shows, cheerleaders roaring for the players to ‘hold that line,’ and ferocious fans rooting for the neighborhood boys. The sensory overload will have you rallying behind the hometown favorites.

Attending a game may be nostalgic for you but possibly a jubilant first experience for your kids. Take in a local game to support the kids who live down the street while simultaneously treating your children to a memorable night up close and personal with live action and play calling.

Seasonal Soccer Sensations at Your Nearby High School

Chances are many of the high school soccer players in your neighborhood are also playing on high-level competitive club teams in addition to their commitment to their school squads. This is a bonus for your family as the action on the field will be so quick and well-played that you may think you are viewing a professional game!

Most youngsters start their own soccer careers by the time they are five-years-old, so exposing them to a high school game is a relatable experience as they aspire to dribble and pass like the big guys and girls!

Check your local high school’s website for both football and soccer schedules for times, locations, ticket prices (often the games are free!), and if refreshments are available. Often games are played right after school which could be a fabulous way for your own “players” to blow off some steam before dinner.

Take It to the Next Level: College Football and Soccer

If you are looking to view these perennial favorites on a bigger scale, check-out the plethora of colleges in the surrounding area that are full of power-house sports.

Villanova University:   Most of the Wildcats football games are on Saturday afternoons with reasonably priced general admissions tickets starting at around $25. Villanova Stadium boasts seating for 12,500 enthusiastic fans. Typically these events are family-centric with activities for kids and appearances by everyone’s favorite mascot, Will D. Cat!

Equally exciting and also delivering a punch are the Villanova men’s soccer team and women’s soccer team. Home games are played at the Higgins Soccer Complex, which opened in 2014 and includes two FIFA approved artificial turf fields. If your budding forward has dreams of playing soccer in college, take him or her to one of the action-packed games this season.

Temple University: Watching the Temple Owls play football has a professional feel to it because their home games are played at Lincoln Financial Field but the price of the tickets typically falls under the $30 range. If you are a fan of this American Conference Division team and still can’t get to the stadium, the games are usually televised on ESPN+.

Come out to see the both the men’s soccer and women’s soccer teams play at the brand new Temple Sports complex complete with stadium seating, digital scoreboard and press box. These Owls are eager to show-off their skills and their stadium. Bonus:  admission is free.

Saint Joseph’s: The Division I athletes who play at St. Joe’s University don’t mess around as they are committed to perfecting their on-the-field skills. Recognized as part of the “Big 5” in the Philadelphia area for sports, the men’s soccer team has upcoming games against Hofstra, LaSalle, and Navy on their home turf. The Lady Hawks have home games remaining as well, all played on Sweeney Field which is tucked into the heart of the campus and features an extensive expansion project completed in 2013.

University of Pennsylvania:  The Penn Quaker football team fires up the action on historic Franklin Field and is worth the excursion to sit amidst the legendary stadium. Ticket prices range from $5-30 and the games are played most Saturday afternoons. Still to come this season are Ivy League match-ups against Brown, Cornell, and Princeton, all to be played on their home field.

With their seasons well under way, both the men’s soccer and women’s soccer teams have games left to play on their own turf at Rhodes Field, a renowned facility with natural grass and training grounds for professional and international teams. Additionally, both teams are currently boasting winning records, so be sure to get to a game while they maintain their win streaks.

Take advantage of these opportunities offered ‘just around the corner.’ The games are accessible, affordable, and family-friendly. Who knows? You might just be creating a new family tradition repeated each fall.